In this blog I will be giving a background into Japanese knotweed, I will explain why it’s important to manage and discuss the type of treatments that are available and effective. I will also go into the legal ramifications of the failure to manage this plant as Network Rail found out to their detriment.

Japanese knotweed (Fallopia japonica) is a particularly invasive, fast growing, bamboo-like perennial plant. It spreads through its creeping root system (fibrous rhizome) which allows for its rapid spread that can grow up to three metres in height. Even a tiny amount of rhizome, as small as 10mm, can generate a new infestation reaching a depth of 3 metres and extending out up to 7 metres from the parent plant stem.

Now, this seems to be the absolute worst case scenario in terms of growth. New research conducted by AECOM and the University of Leeds suggests that Japanese knotweed rhizomes rarely extended more than 4m from above-ground plants and that rhizome spread was generally less than 2.5m.

The RICS has a 2012 Japanese knotweed information paper which contains a handy identification chart which can assist with identification during different times of the year. The plant starts out with a red-tinged shoot with spade-shaped green leaves zig-zagged from the stem. These will mature to become more prominent chunky green stems with distinctive purple speckles. Spikes of small white flowers can be seen around October and in the winter the plant dies back leaving distinctive brown hollow dead canes. 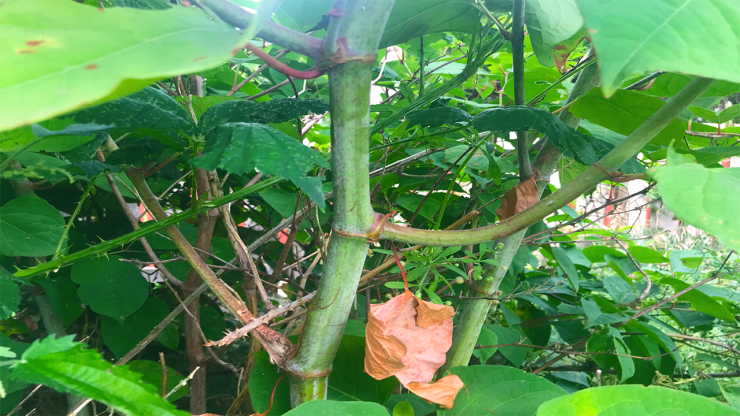 Over one hundred years ago the Royal Horticultural Society and the influential horticulturalist, Gertrude Jekyll, were warning against planting Japanese knotweed. The resilient plant was introduced to Europe from Japan in the mid-19th century by renowned Bavarian plant importer Phillip von Siebold and was first recorded in the wild in the UK in Maesteg, South Wales in 1886.

The plants incredible resilience is down to its native habitat. Originating from Japan’s volcanic mountain ranges, it was able to survive in extremely harsh environments utilising its underground stems to make use of the limited nutrients available. This means the plant is able to grow in almost anywhere in the UK from sandy beaches to heavy asphalt, earning its title as one of the most problematic plant species in the UK and Ireland.

Japanese knotweed can cause various damage although it’s effect in some cases has been overstated. It can be particularly expensive to remedy, especially as most buildings insurance policies do not cover the resultant damage caused by the plant. It can disrupt drains, damage fencing, grow between slabs and undermine garden walls with shallow foundations.

It must be stressed that although Japanese knotweed can damage built structures, it is usually because an existing weakness or defect has been exacerbated. Structural damage to residential properties is actually quite rare and there is a lack of evidence to support the claim that it causes damage in excess of the norm for many other invasive plants.

So, what happens if you have Japanese knotweed within your organisations land and you do not heed requests to tackle this invasive plant. Well, in a recent case (Waistell v Network Rail Infrastructure Limited) we found out. In this case a homeowner won a claim for £15k compensation based on the fact that Network Rail had ignored requests to intervene when the plant was growing on to their land.

An appeal to this case was published on the 3rd of July 2018. The Court of Appeal unanimously upheld the initial decision on the basis that the encroachment of the Japanese knotweed rhizomes had diminished the claimants’ ability to enjoy the amenity and utility of their respective properties. 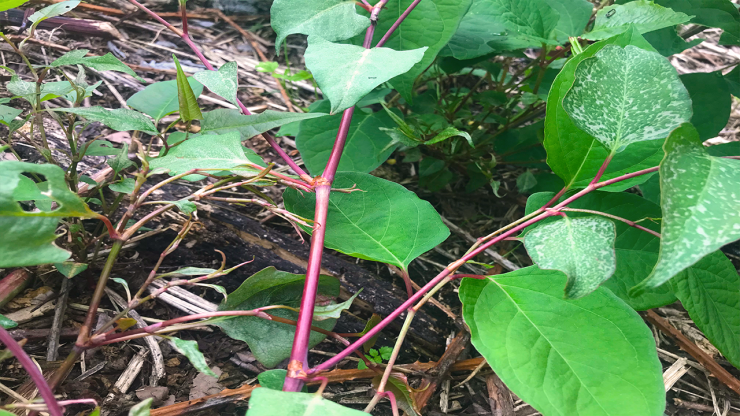 There are a range of treatments available for Japanese knotweed including:

The treatment I will be discussing in a bit more detail is a chemical control treatment and monitoring programme we recently used for a property of ours. Chemical control is the application of specialised herbicides to Japanese Knotweed plants over a period of several growing seasons. A study from the University of Swansea explained that while no treatment completely eradicated F. japonica, a multiple-stage glyphosate-based treatment approach provided greatest control.

The property in our case is to be treated with a 3-4 year spraying and monitoring programme, the treatment in our case is a glyphosate based herbicide. Glyphosate is a systemic herbicide which acts by blocking a plant’s enzyme system. The herbicide is absorbed through growing leaves and stems and travels throughout the plant and root network. This is a fairly standard weed killer and glyphosate based herbicides can be readily purchased online.

Applications of the herbicide will take place during the growing season between May and October the first application of the season will not take place until the stems are roughly 500mm – 1 metre in height. Applications could be sprayed, injected or wiped depending on the situation and is most effective to be applied during the growing season when the plant is in leaf. Patience is the key here as increasing the herbicide dose does not improve knotweed control. 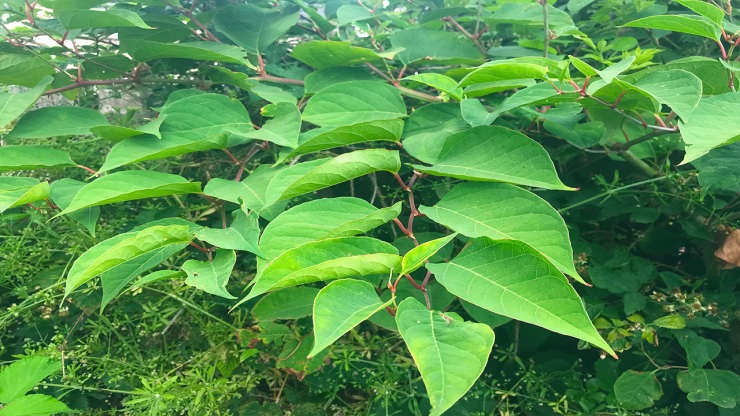 As good practice the Japanese Knotweed should be treated simultaneously. The schedule of visits suggested by the contractor we used was as follows:

A greater awareness may allow construction professionals to recognise, identify and manage Japanese knotweed effectively. This will prevent costly claims and legal fees if the plant is making its way into adjacent land. A better understanding will allow rationality to prevail as recent studies have shown it’s not as damaging to structures as some have claimed. Effective treatments are available and can provide good control of the plant giving organisations little reason to ignore it.

Thanks for reading this blog, feel free to subscribe via email to get notified of the most up to date blog posts.

Note: This blog was used as the basis for an article written for the Building Engineer Magazine November 2018 edition p14-15.

Research paper – Japanese knotweed (Fallopia japonica): an analysis of capacity to cause structural damage (compared to other plants) and typical rhizome extension.